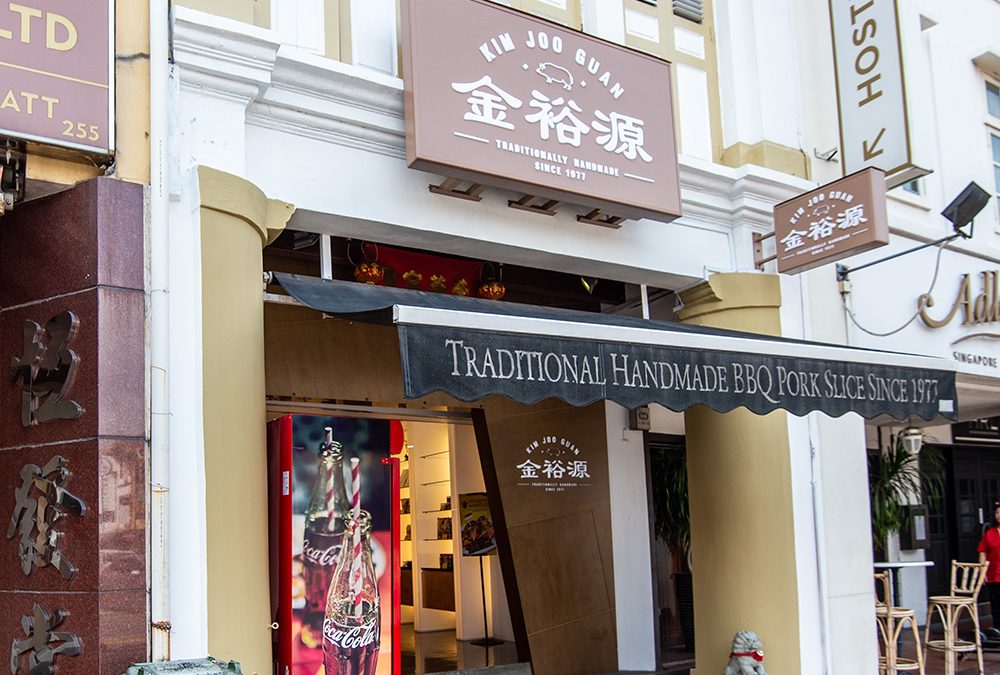 Bakkwa is made with a meat preservation and preparation technique originating from China.The general method of production has remained virtually unchanged throughout the centuries, but the techniques have been gradually improved. It is traditionally made of pork, beef, or mutton, which is prepared with spices, sugar, salt and soy sauce, then dried on racks at around 50 to 60 °C (122 to 140 °F) to a final water activity between 0.60 and 0.69.

Nowadays, products with a softer texture, lighter color and less sugar are preferred. The shafu type of bakkwa products has a higher water content, and thus has a softer texture and lower sugar content. Whereas the traditional bakkwa has a water activity below 0.7, shafu bakkwa tends to be closer to a water activity of about 0.79. Nevertheless, shafu can have a similar shelf life to other types of bakkwa.

Bakkwa is very popular in Singapore and Malaysia where it is traditionally eaten during the Chinese New Year. When Chinese immigrants brought this delicacy over to Singapore and Malaysia, it began to take on local characteristics. A notable example lies in the preparation of bakkwa, where the meat is grilled over charcoal rather than air-dried, imparting a smokier flavor to the meat. The Singaporean and Malaysian versions of bakkwa are also sweeter than their mainland China counterparts with many different variations having developed to suit local palates, such as chili bakkwa.